A Journal of Discovery and Transition
Doug Jordan, Author 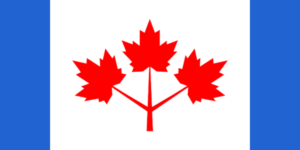 Even though only a 15-year-old self-absorbed teenager, I had become politically interested and got caught up in this national debate. My instinctive preference was the Red Ensign, mostly because, as Canadian of anglo heritage[3], indoctrinated with British history and pageantry, I liked the Union Jack and its inclusion in the Ensign. In any event, I liked this new Pearson Pennant and I urged my mother to make my/our preferred variant of the blue borders flag so we could fly it and thus show our preference.

Get notified when there is a new blog post and receive other updates from AFS Publishing.